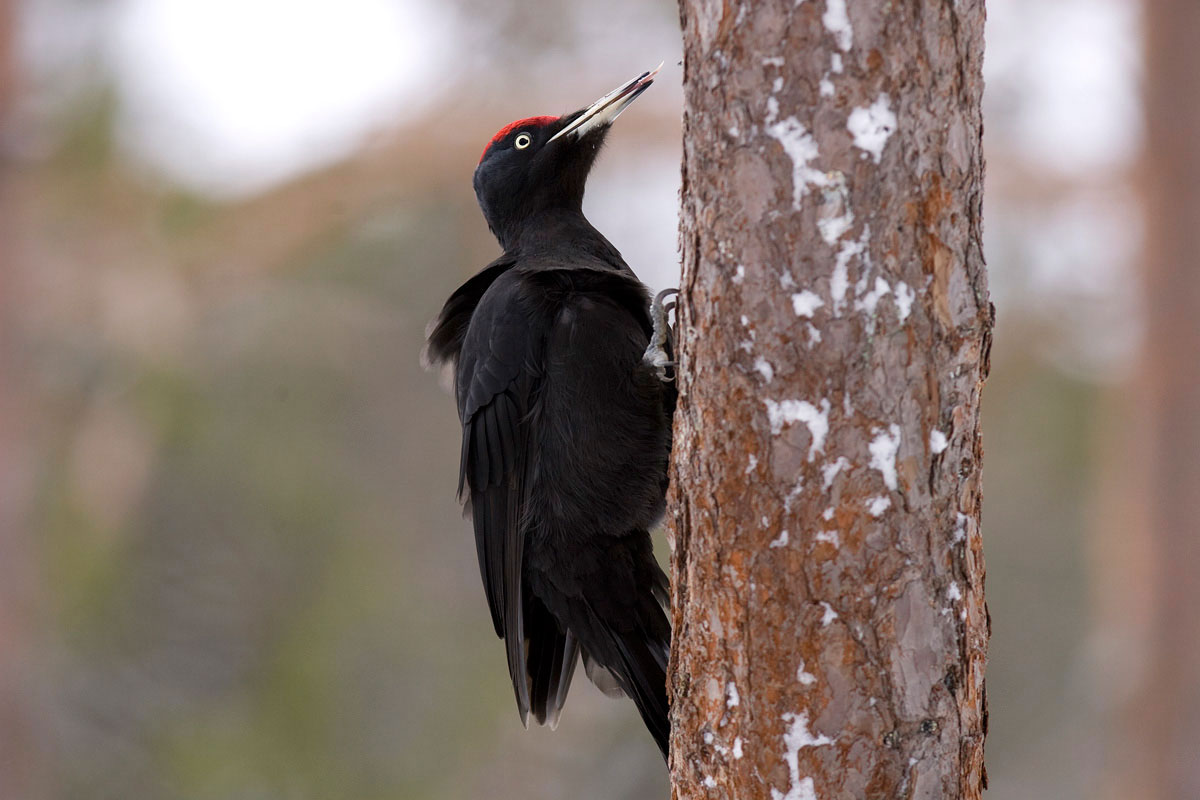 The Black Woodpecker is a powerful crow-sized woodpecker. It favours tall trunks in climax forests, preferably well spaced but forming extensive unbroken woodland. In Greece it is a fairly widespread but scarce resident species. On Mts. Oiti and Kallidromo, it is restricted to mature upland coniferous forests. The Black Woodpecker creates holes in trees which are used as nesting sites. Other species, including the Tengmalm’s owl, which are secondary hole-nesters, use abandoned Black Woodpecker holes. 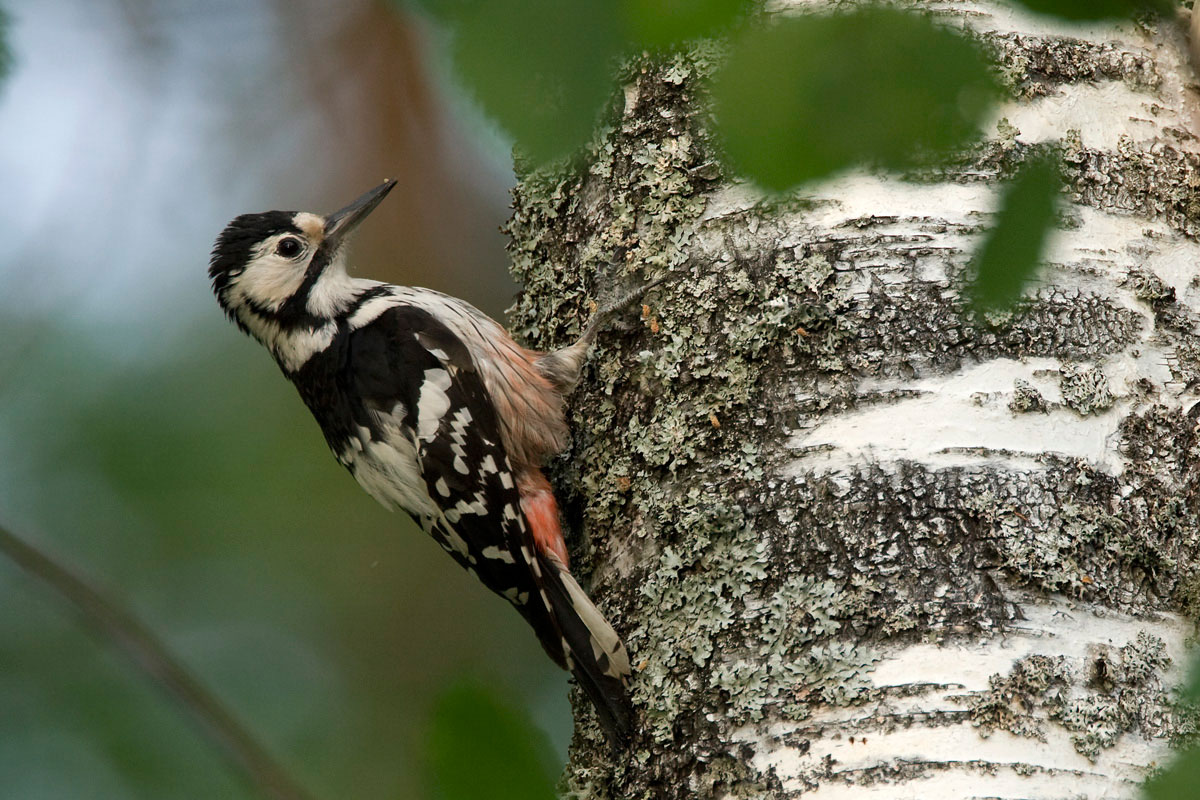 The White-Backed Woodpecker is a widespread resident of European temperate forests. It feeds mostly on insects and in some cases nuts and berries, but not during breeding season. Insect prey is mostly obtained by pecking into the wood of dead and rotting deciduous trees. Being strongly dependent on dead or dying trees, its distribution has considerably contracted in Europe following introduction of modern forestry management practices.

The European Union population is considered fragmented and declining. In Greece this species is a widespread but scarce resident and the total population is estimated between 500 and 2,000 pairs. 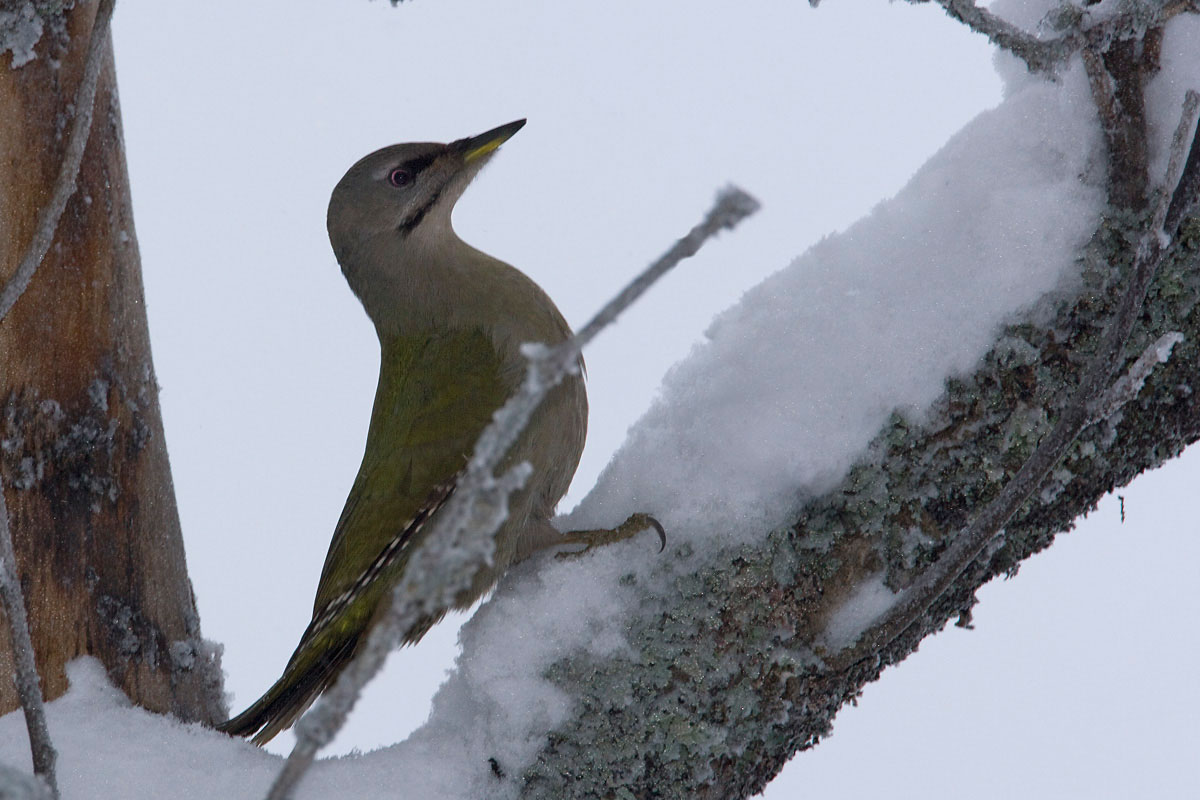 It is a medium size woodpecker, with a wide distribution in the boreal and temperate regions of Eurasia, from France to Japan. It inhabits mainly deciduous forests, quite open mixed forests and montane forests, but also city parks and gardens. The population of the European Union is estimated at 20,000-25,000 breeding pairs. The species rarely appears above 600 m in central Europe, but in some regions ascends above 1,000 m and locally even above 2,000 metres.

In Greece it is a scarce and localised resident, with a total population estimated at 50-200 pairs. The Mt. Oiti population is the southernmost in the country and isolated from the more northern areas of presence. 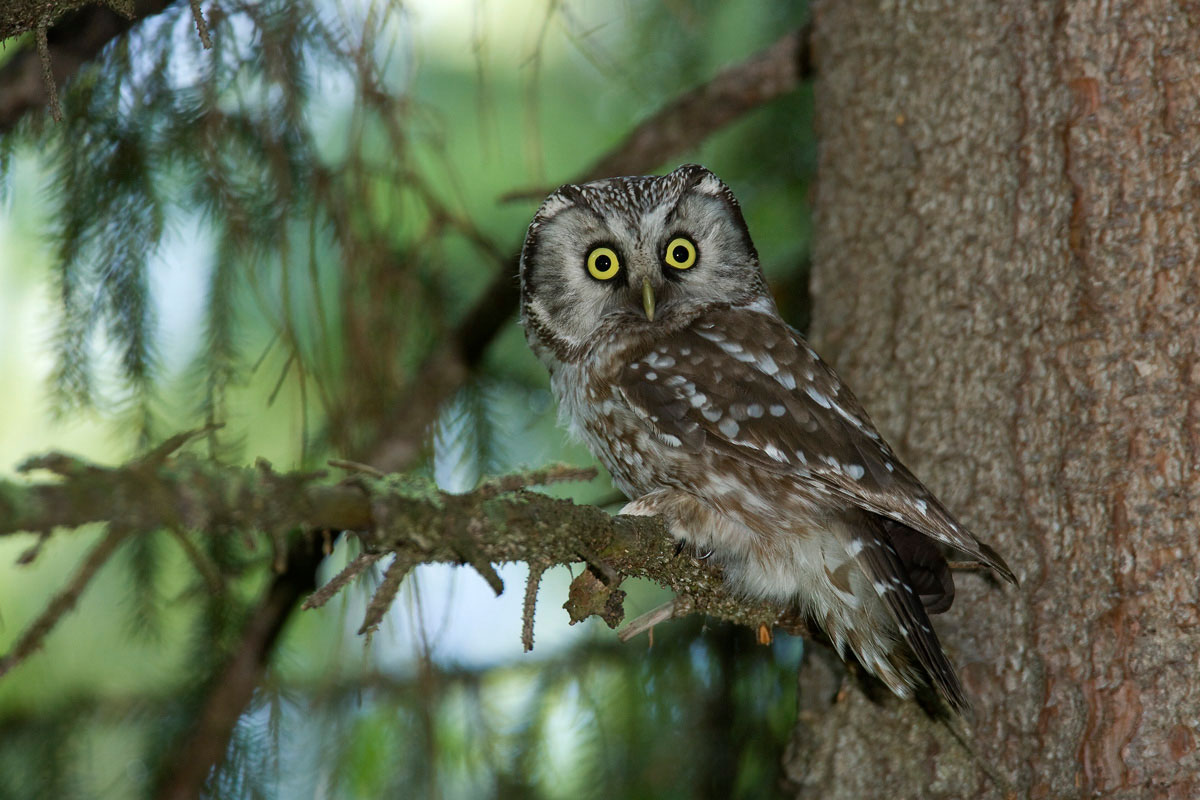 The Tengmalm’s Owl is a small, nocturnal, forest-dwelling bird of prey. The species inhabits pine and fir forests with old trees, at altitudes of up to 1,600 metres and it is often encountered at the edges of glades. It is dependent on the availability of small mammals and favourable nesting sites. Widespread in northern Europe, it occurs more patchily further south. In Greece it is a very rare resident, reported only from seven localities.

The Greek population is considered rear-edge, covering the southernmost part of the species’ distribution. In Mt. Oiti, it has been recorded (Peus 1954) in high-altitude fir and black pine forests. After 1954, there exists only one other, very recent record; one bird was observed in 2010, at 1800 metres (A. Hristopoulos, Journal “I FYSI”, April-June 2011). 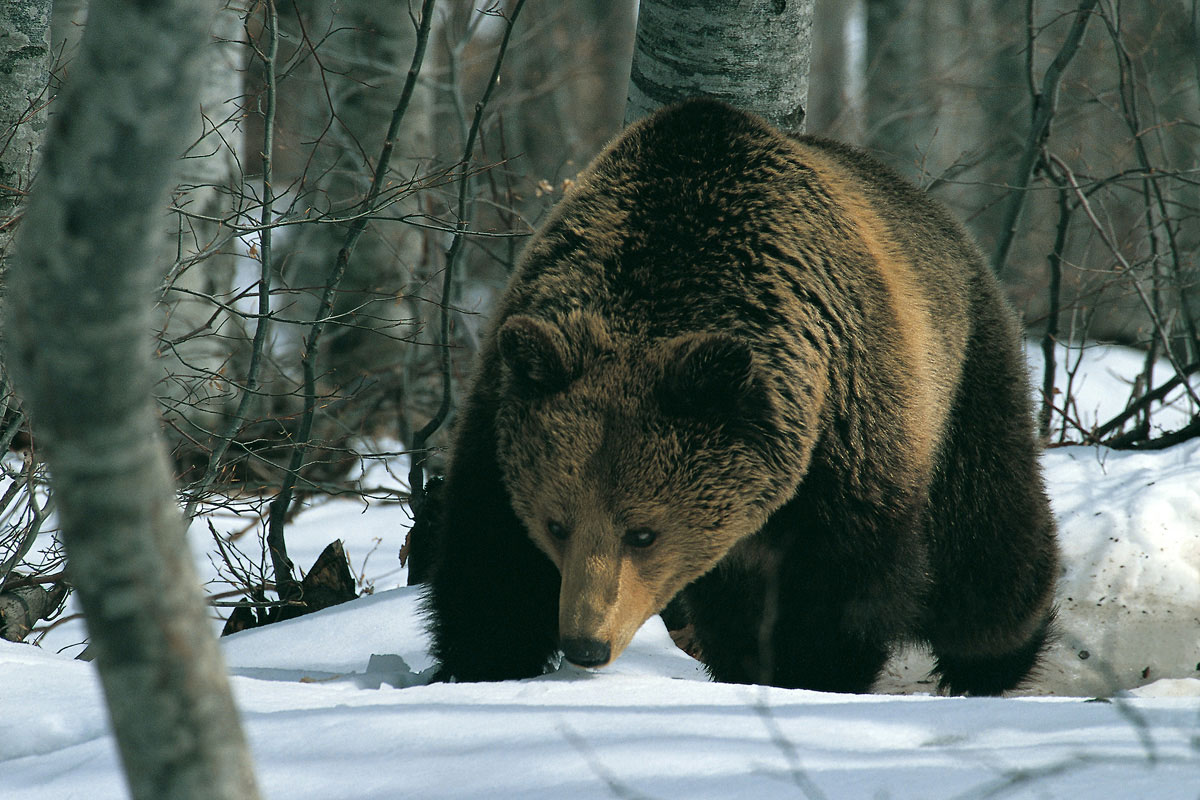 Third meeting of the Stakeholders Committee