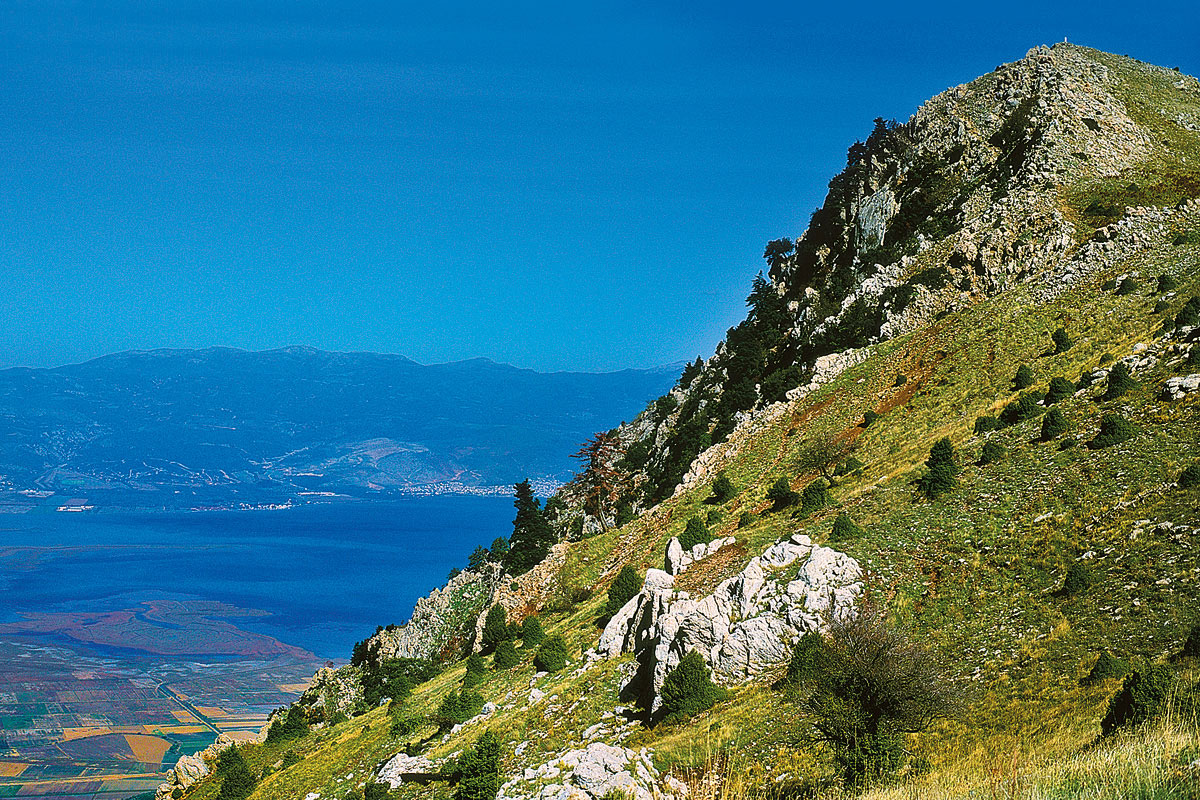 Main land uses and ownership status of the project area:

The project area is included in the Public Forest Complex of Mt. Kallidromo. Within the public forest there are areas of private ownership.

The land uses in the public forest complex follow the 10-year forestry management plans issued by the Forestry Authority of Lamia. The forests are classified in management classes and used mainly for timber production. Certain areas are provided to the local farmers for grazing.

The site “Oros Kallidromo” extends at altitudes of 43–1,393 metres and includes the western part of Mt. Kallidrono and all of the highest peaks. The parent rock material of a large part of the site is limestone, but there are also large areas of flysch. The site includes several streams which are tributaries of Spercheios river. The flora, fauna and vegetation of the site have not been studied in detail; however the information available in the Standard Data Form of the site has been enriched by recent unpublished data, indicating a higher importance of the site.

A large part of the site is covered by conifer forest ecosystems. At the lower altitudes there are natural Aleppo Pine (Pinus halepensis) forests (habitat type 9540), covering approximately 69 ha. At higher altitudes there are mostly pure forests of Pinus nigra (habitat type 9536), covering approximately 3,075 ha, and Abies cephalonica (approximately 2,000 ha) but also mixed forests (approximately 200 ha). Typical species in the fir forests include Helleborus cyclophyllus, Doronicum orientale, and Cephalanthera rubra, as well as Juniperus oxycedrus and the rather rare in Greece Ilex aquifolium. The oaks occasionally participate in the understorey, and various transitional zones with mixed conifer and oak forest stands occur. Juniperus oxycedrus is also dominant in arborescent matorral (habitat type 5210, c 67 ha) at the lower margins of the fir forest zone.

There are two large, natural temporary ponds at altitudes of 1,000–1,100 m: the larger one at Souvala and a smaller one at Nevropolis. Typical vernal pool vegetation (habitat type 3170*) develops there, with species such as Myosurus minimus, Polygonum aviculare, Juncus bufonius, Ranunculus lateriflorus, Gnaphalium uliginosum, Mentha cervina, and Isoetes heldreichii.

The flora of the site includes a large number of species (over 600), but the list is not complete. Data on the fauna of the site are scarce, too. It hosts more than 30 bird species, at least 6 mammal species, 9 reptile species, and 7 amphibian species. In the greater area of Mt. Kallidromo there are several archaeological and cultural sites. A historical monument, the Monastery of Damasta, is located within the site.

A most important element of the natural environment of this site is the presence of large areas of well-conserved habitats with a low disturbance level.

Habitats: A total of 14 habitat types of Annex I Dir. 92/43/EEC have been recorded in the site, 3 of them priority ones (3170*, 6210*, 9530*). The Mediterranean temporary ponds (3170*) are extremely important at regional and national level. For a full description of the importance of the temporary ponds at high altitudes in Central Greece, please refer to the description of the site GR2440004.

Flora: At least 15 endemic Greek taxa have been recorded in the site, two of them (Onosma stridii, Polygonum papillosum) endemic to a narrow area of Sterea Ellada. There is also a large number of Balkan endemics, including the rare Haplophyllum coronatum. In addition, the site hosts one plant, Ruscus aculeatus, included in Annex V Dir. 92/43/EEC 26 and orchid taxa protected by the CITES.

Bird Fauna: The site hosts 7 Annex I Dir. 79/409/EEC bird species (1 resident and 6 breeding) and at least 16 migratory bird species. The fact that there are many old pine and fir trees increases the value of the site for woodpecker species.

Mammal fauna: The site hosts 3 species threatened in Greece and protected by the Bern Convention (Annex II). One species, the Wolf, is included in Annex II Dir. 92/43/EEC. 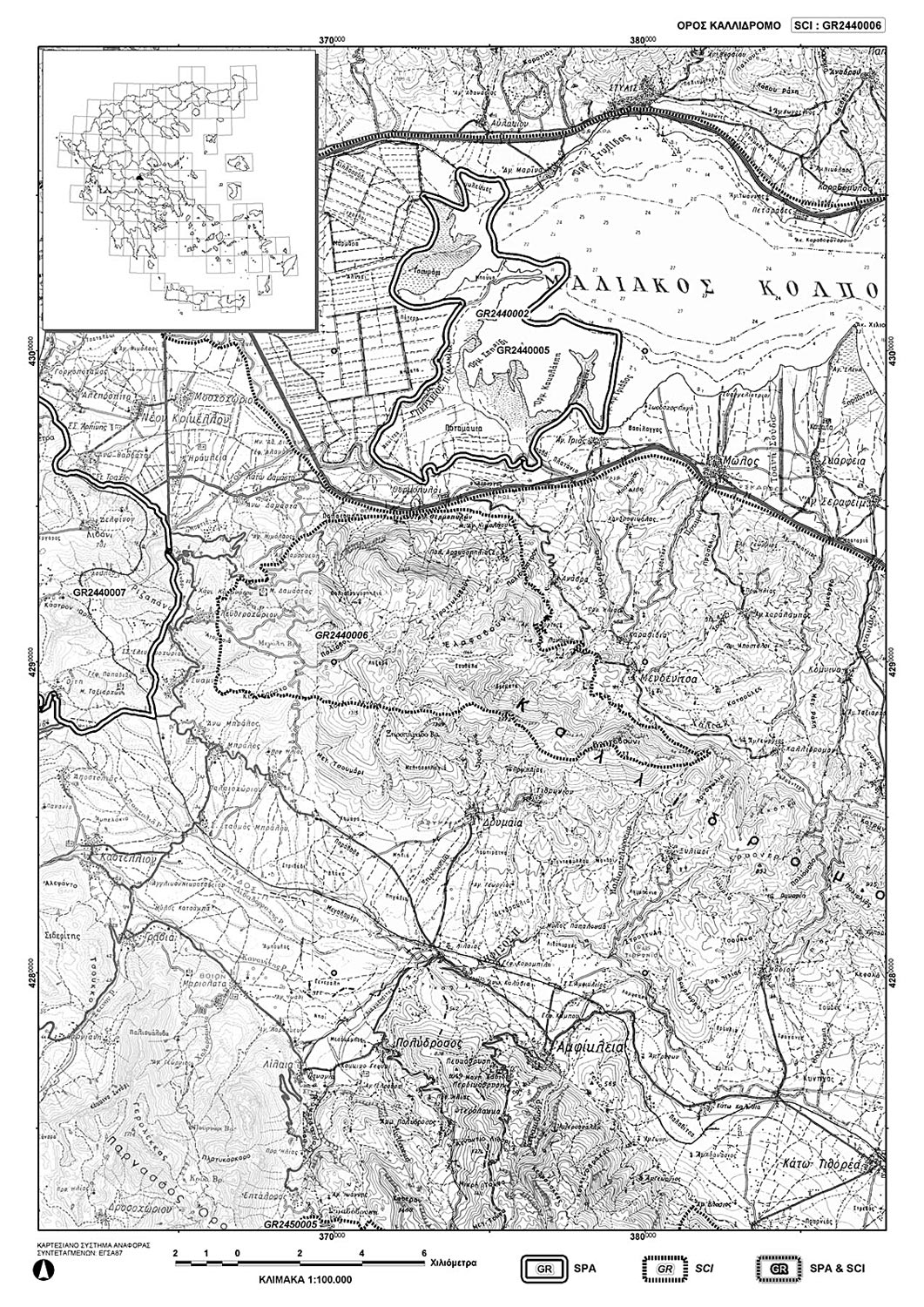 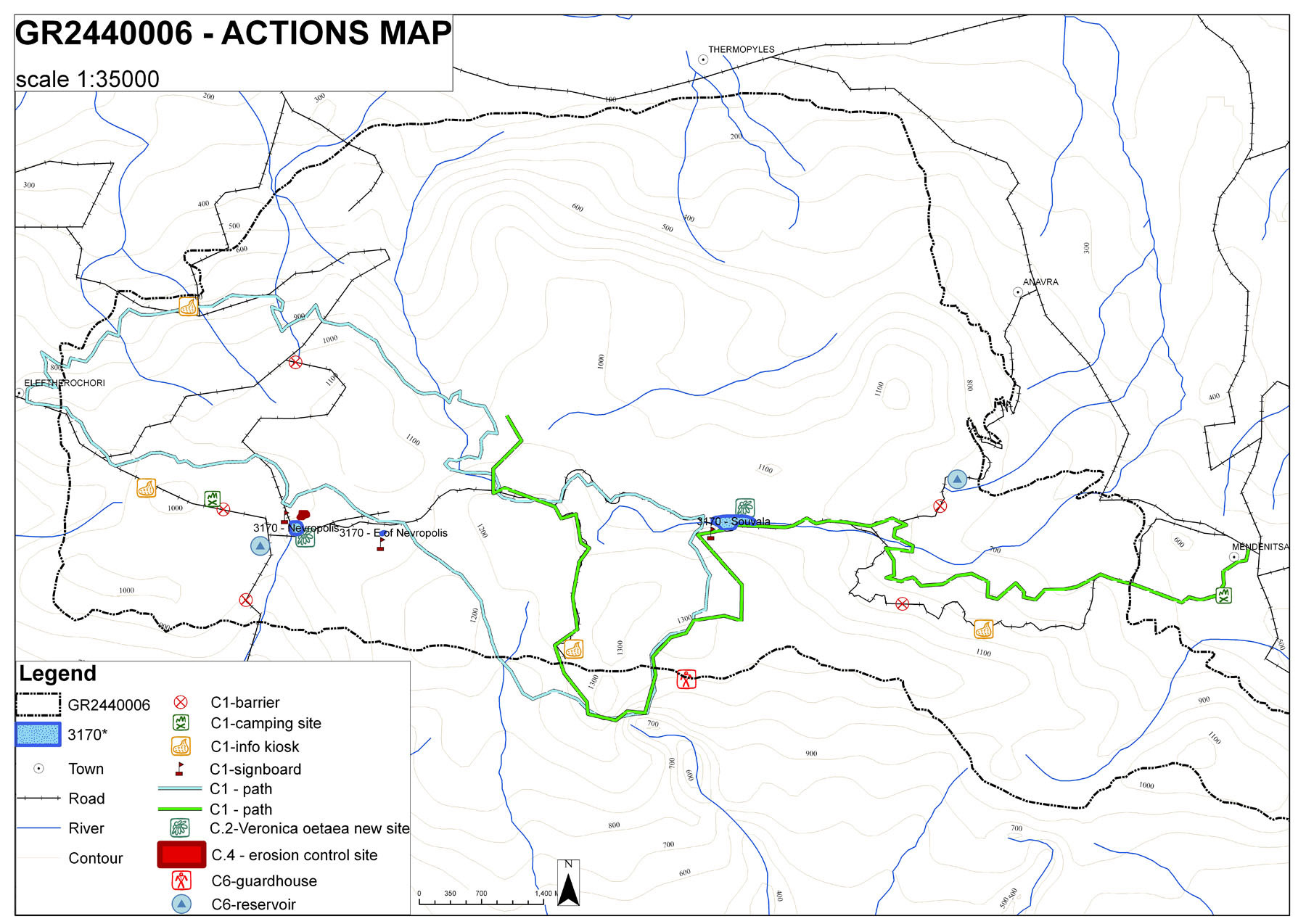