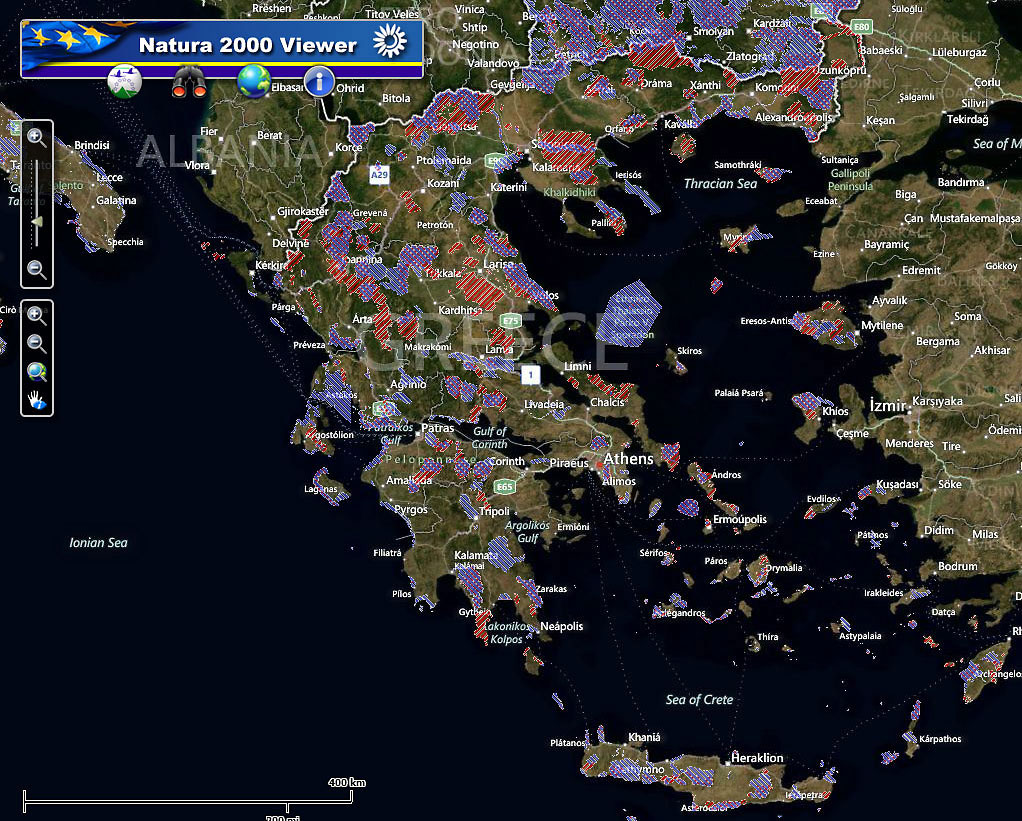 In May 1992, the governments of the European Communities adopted legislation designed to protect the most seriously threatened habitats and species across Europe. This legislation is called the Habitats Directive, 92/43/EC, and complements the Birds Directive, 79/409/EC, adopted in 1979. These two directives form the basis for the creation of the Natura 2000 network of protected areas.

The Birds Directive requires the establishment of Special Protection Areas (SPAs) for birds. The Habitats Directive, similarly, requires Special Areas of Conservation (SACs), formerly named Sites of Community Interest (SCIs), to be designated for habitats and for species other than birds. Together, SPAs and SACs make up the Natura 2000 network.

Furthermore, the Natura 2000 network is the EU contribution to the "Emerald network" of Areas of Special Conservation Interest (ASCIs), set up under the Bern Convention on the conservation of European wildlife and natural habitats. Natura 2000 is also a key contribution to the Program of Work of Protected Areas of the Convention on Biological Diversity.

The SPAs are designated directly by each EU Member State, while the SACs follow a more elaborated process: each EU Member State must compile a list of the best wildlife areas containing the habitats and species listed in the Habitats Directive; this list must then be submitted to the European Commission, after which an evaluation and selection process on European level determines which sites will be included in the network.

The Natura 2000 is the largest network of protected areas in the world, extending over nine terrestrial and five marine biogeographical regions. At his time the network protects more than 26,000 sites in the 27 Member States, amounting to some 800,000 km2, or 18% of the total surface area of the Union. Marine sites cover at this time some 217,000 km2. Even though the network can be considered almost completed in the terrestrial environment, it is still being enlarged in the marine off-shore environment. There also remain some issues which must be solved, such as poor compliance of some Member States, insufficient funding, as well as the failure to achieve the goals set for biodiversity protection by 2010 and completion of the marine sites list by 2012.

The current list of SACs has evolved through 11 additional submissions or amendments, and the current list of SPAs through 6 additional submissions or amendments. Presently, the Natura 2000 network in Greece includes 419 sites: 241 SACs 202 SPAs; 24 sites have a double designation as both SACs and SPAs. Total area coverage amounts to 4,200,000 ha, of which 2,800,000 ha are SACs and 2,900,000 are SPAs. It is immediately obvious that there is increased overlap between the two categories. Overall, the network covers 27,2% of the terrestrial, and 6,1% of marine national surface area. This represents 4,5% of the total European area of the network, and brings Greece to the 10 place among the 27 Member States. Mean national surface area coverage in Europe is 17,5%, so Greece (with 27,2%) is in the sixth place among the Member States, after Slovenia, Bulgaria, Slovakia, Cyprus and Spain. Marine surface area coverage is below the European mean, but the list of marine sites is still incomplete.