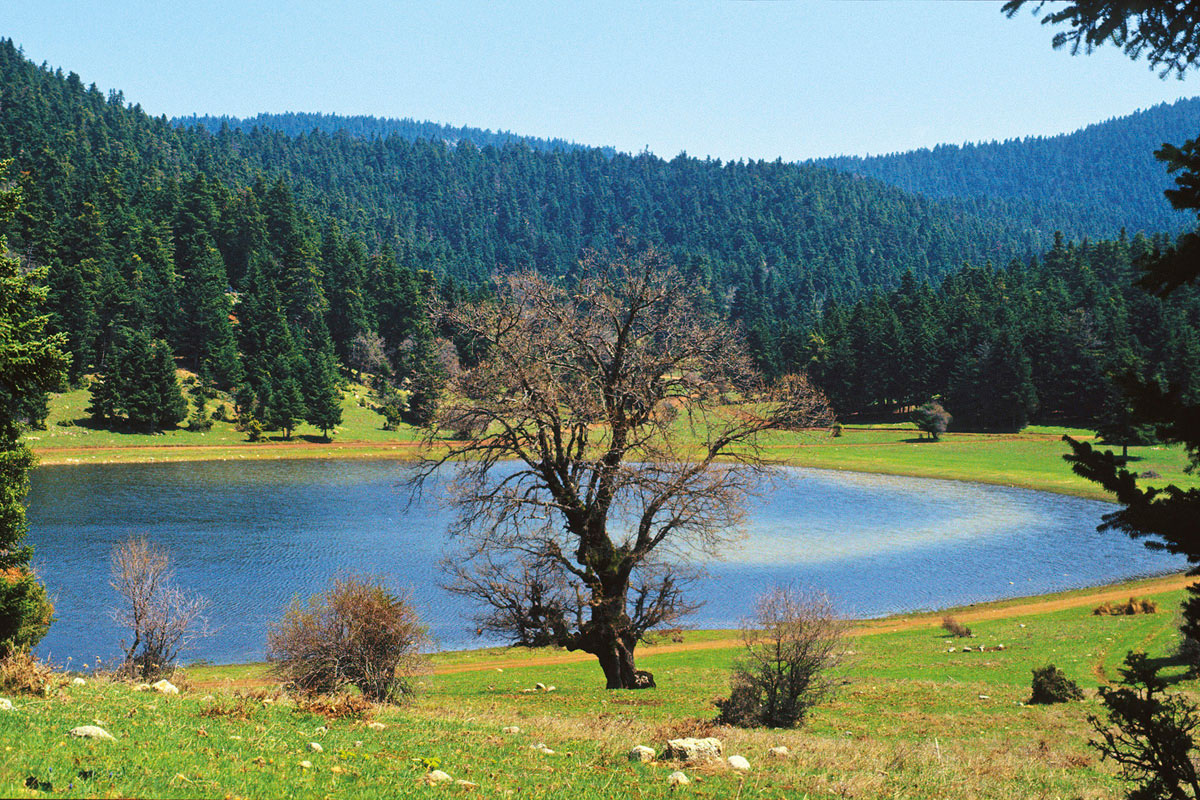 This action includes the implementation of management interventions focused on the conservation of the habitat of temporary ponds (3170*).

The action will start in the third year of the project and includes the following subactions :

This action will complement actions C.1, C.2, and C.3 with necessary interventions for the integrated conservation of the temporary ponds on Mts. Oiti and Kallidromo. Erosion of the slopes with large inclinations over the ponds causes accumulation of sediment in the ponds, which results in reduction of the hydroperiod and burying of seeds. This problem is acute below the naked slopes of Greveno peak and also at the recently burned slopes N-NW of the Nevropolis pond. On the other hand, the running tap at Leivadies causes an increase of the hydroperiod of the pond; its removal was already administered in the Management Plan for the National Forest Park of Oiti (LIFE92 NAT/GR/013700).

Both modifications of the hydrological regime threaten the flora and fauna communities which are typical of habitat 3170* and are sensitive to modifications in the hydrological cycle. In addition, direct interventions for the restoration of biotic communities are necessary at the most disturbed ponds, where the amelioration of threats such as shrub encroachment and trampling may not be enough for the recovery of these communities. Finally, the methodology, which will be developed, will be a useful tool for temporary pond managers at a European level.