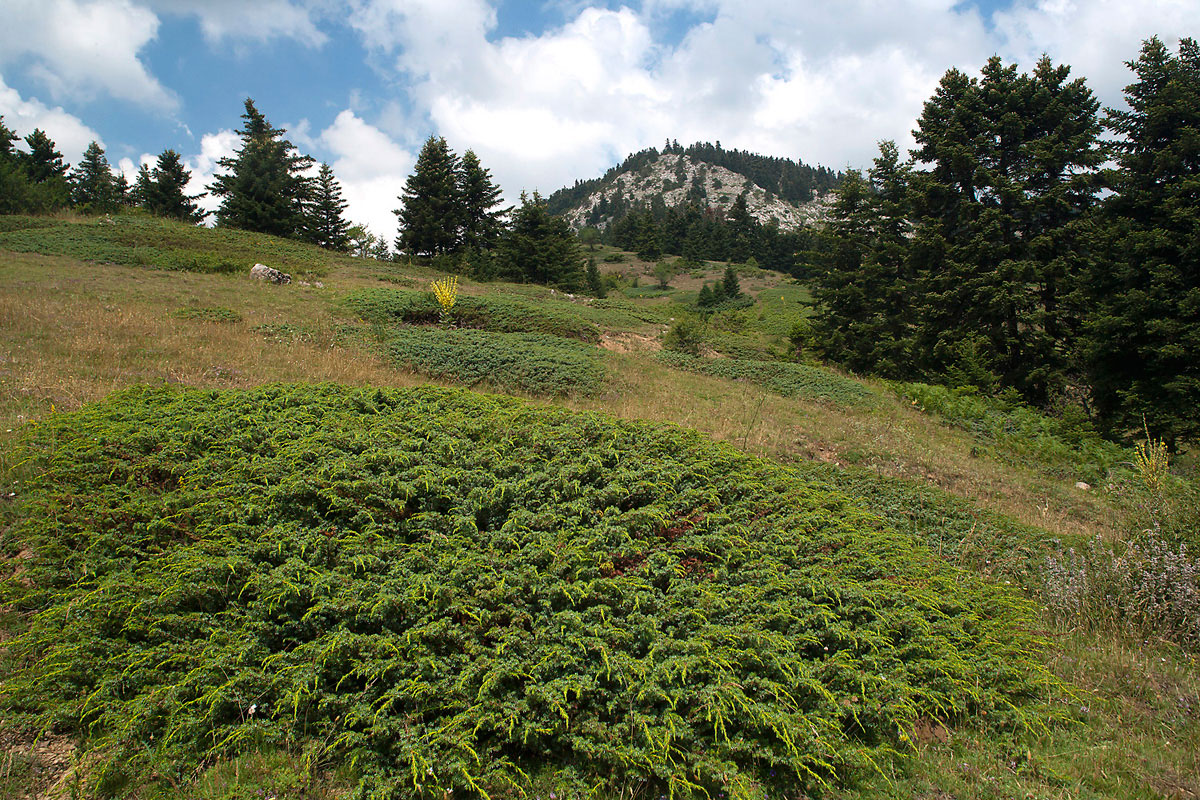 The purpose of this action is to restore biodiversity and ecosystem function of mountain grasslands (6210*, 6230*) and of the temporary ponds (3170*) by management interventions that were traditionally applied in these habitats, i.e. regulation of grazing and shrub clearing.

This is a pilot action, during which various management regimes will be applied for 3–4 consecutive years in order to determine the regimes that favour the target habitats. The general scheme for the management regimes to be applied is described below, but the detailed design will be made according to the specifications of action A.6. The locations of action C.3 cannot be foreseen accurately, since they will be specified by the results of actions A.1 and A6. Nevertheless, all parts of this action will take place within the boundaries of the sites GR2440004 and GR2440006 (see map with indicative locations).

The daily activity of the cattle on Mt. Kallidromo will be monitored by GPSR tracking ringers attached to 10 animals. The activity of the sheep and goat herds both on Mt. Oiti and Mt. Kallidromo can be monitored in cooperation with the shepherds. The impact of all the management regimes will be evaluated by actions D.1 and D.2, and amendments will be made if necessary. The evaluation of cattle patterns in the areas, in combination with the evaluation of the impact of management will be used in order to make proposals for after-LIFE long-term management (actions D.1 and D.2) and to produce the manual for grazing and woody vegetation management for the conservation of grasslands and temporary ponds.

The main guarantee for the after-LIFE application of the optimum management regimes is the set of actions targeted to stakeholders. Also, the RST Forestry Service and the Management Body are expected to promote the application of the regimes prescribed by the project results.

Preliminary contacts with local stockbreeders on Mt. Kallidromo indicated that, at least some of them, especially the younger ones, would be willing to co-operate. They attached great importance to: a) current prohibitions of grazing imposed by the RST Forestry Service which they believe are not justified in certain habitats; and b) the inadequate social and economic status of animal farmers in combination with the general abandonment and degradation of the rural communities. Grazing management is one of the objectives of the project and we believe that the first point can be addressed through the Stakeholder Committee in co-operation with the RST Forestry Service. The second point will be addressed by actions C.1, E.1 and E.2.

The interventions proposed aim to determine the golden mean between grazing and overgrazing for habitat conservation, by applying management regimes similar to traditional practices which are currently in recession. Mountain grasslands of Mt. Oiti and Mt. Kallidromo have traditionally been part of the transhumance system applied in the region, and used as summer grazing areas for livestock, in particular sheep and goats. Shepherds with their animals used to arrive in these grasslands in April or May and depart in late October or early November. Before departing for the lowlands, shepherds used to set fires in order to control the “weeds” left after the summer grazing, so that new growth would appear in the next year when they would again visit the grasslands. During their stay in the mountain grasslands, shepherds used to cut the shrubs and branches of the trees in order to obtain firewood and construct their temporary huts to house their families who followed them in the mountains during summer. Therefore, all interventions proposed have been part of the traditional management of grasslands.

The information collected from these experimental interventions will then help designing a long-term management plan, so that the target habitats may be restored and conserved. In addition, these interventions are expected to improve the ranging condition of the grasslands, which will in turn be favourable for the economic status of the local farmers. 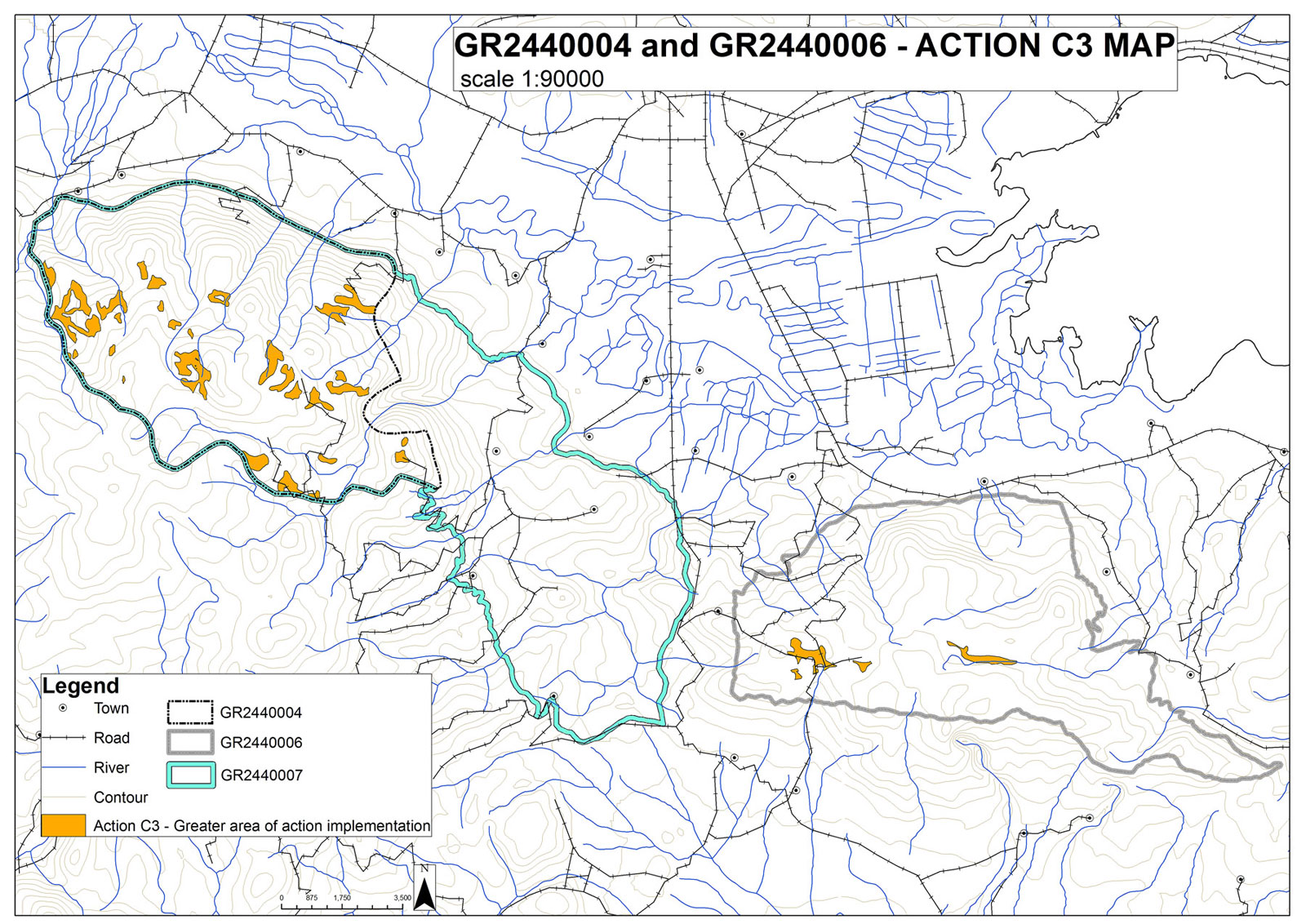 Grazing cages were placed in Mts. Oiti and Kallidromo