Action A.10: Study of the priority mammal species Ursus arctos* for the determination of management specifications 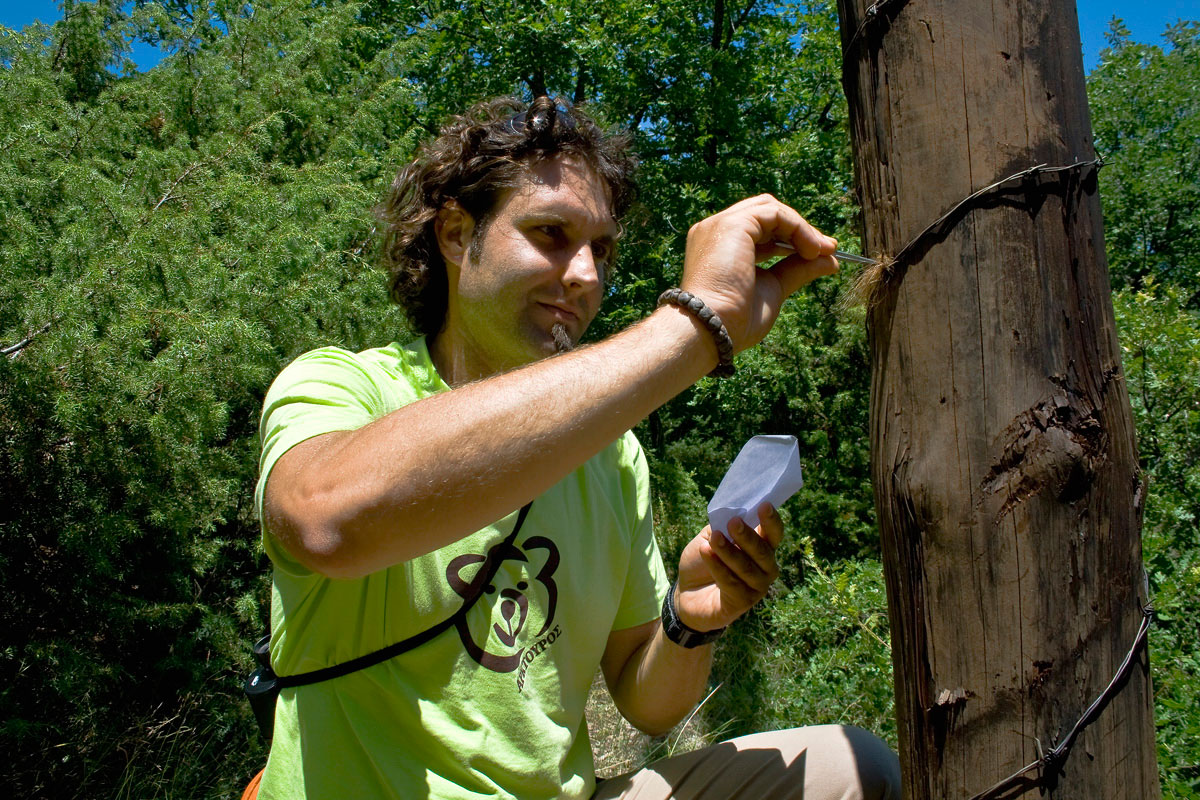 This study aims to verify the presence and to evaluate the population status of the Brown Bear (Ursus arctos), which has been reported several times from the Mt. Oiti area and one time form the Mt. Kallidromo area in recent years. Additionally, information concerning livestock and beekeeping in the area will be collected, and native fruit trees will be identified and mapped.

Processing this information, the study will produce the scientific and technical specifications necessary for the appropriate management actions and monitoring protocols. The study will be carried out by a biologist, who will visit appropriate habitats once a month for the 1-year study period. In addition to evidence in the field (tracks, scat, presence of hairs on rubbing posts, scratches on trees, etc), interviews will be carried out with local stockbreeders, beekeepers, forestry officials, loggers, hunters, and other users of the area.

It is crucial to evaluate population dynamics and habitat utilisation of the Brown Bear in the Mt. Oiti area. The occurrence of this species is extra-limital, since the main core areas of its distribution are further north, and the biologic factors responsible for these occurrences are not fully understood. There have been reports of its presence in 1997, 1998 and every year from 2003 to 2006, as well as in 2008, 2009, and 2010. Most sightings were in the spring and summer, and there have been several reports of damage to beehives. One of the sightings involved a mother with two cubs.

The study should cover the spring and summer of two consecutive years because the target species appears sporadically, and the study area is quite large. Thus, the probability of underestimating the population and its dynamics is too high if the survey lasts for only one season.

Areas that serve as corridors for the bears need to be identified and protected effectively, so they can serve as safe zones for them. This requires detailed mapping of the landscape, as well as a record of management practices and various land uses.

Native fruit trees are a major food source for bears, especially in the summer and early fall. Such trees need to be identified and mapped, so that appropriate conservation actions may be designed, including planting of wild fruiting species in new locations to increase food availability.

Beekeepers and stockbreeders often suffer damage from bears and are frequently negatively disposed towards them. Such issues must be identified and addressed by education of the breeders and beekeepers. Furthermore, information about apiary locations and local stock movements through the year will help design the placement of electrified fencing for apiaries and the donation of Hellenic Livestock Guarding Dogs to stockbreeders. Moreover, the information gathered about the Brown Bear in the study areas will help in the design of the legal framework for comprehensive protection of said areas (action C.10). 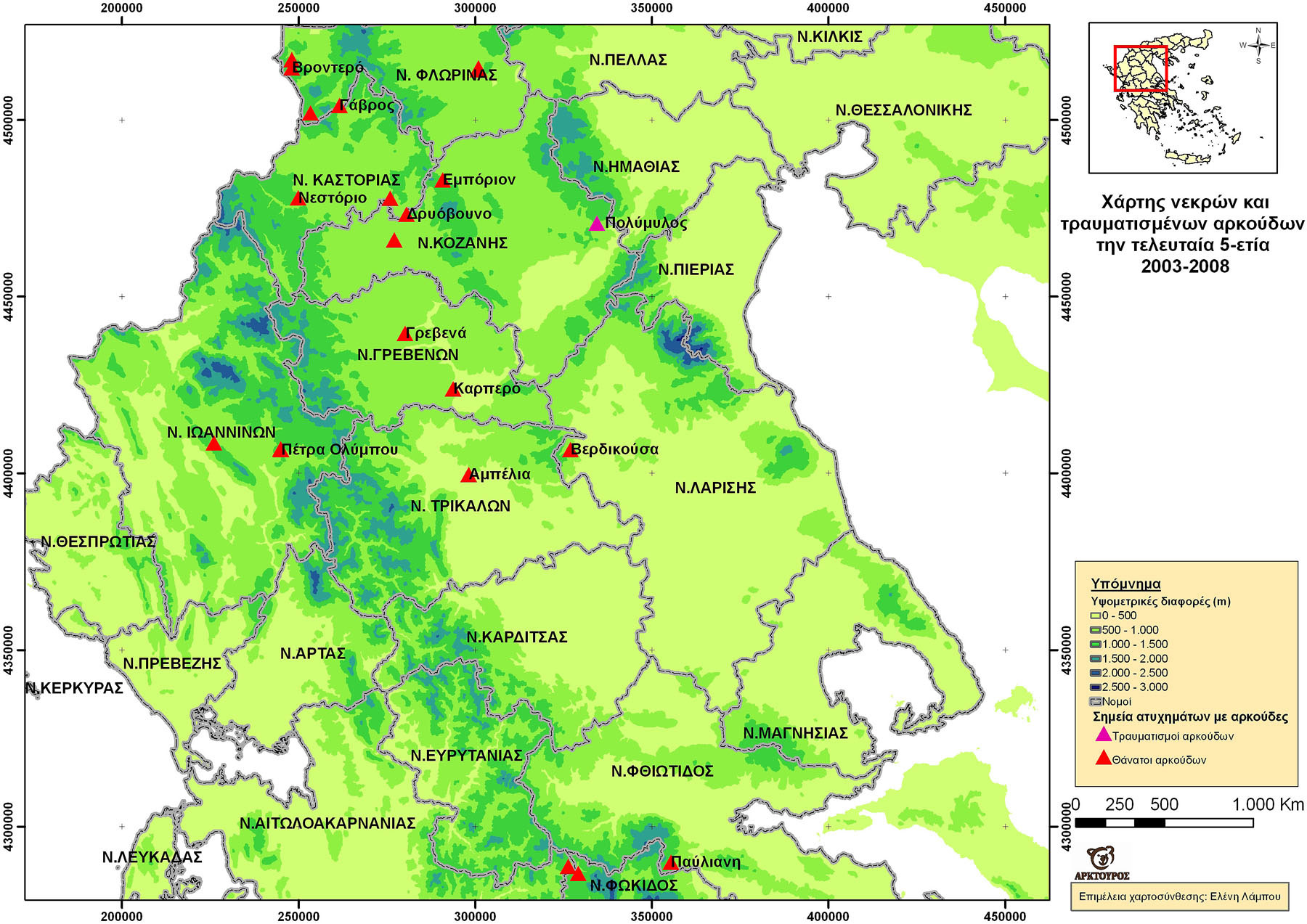 Popolation status, specifications for management and monitoring of Ursus arctos*